Read Theatre Studies and Dramatic Art at Warwick University and trained as an actor at The Drama Studio, London. She has a portfolio career as a stage and screen actor, a voice over artist and corporate communications trainer with Actors In Industry. 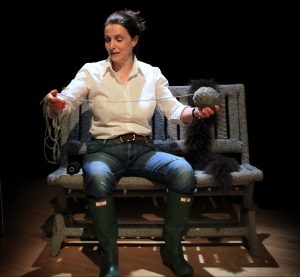 Kitty was part of the original devising ensemble for Bernard Kops’ Time Out Award winning play, Dreams of Anne Frank. “A dramatic masterpiece….” Time Out. The production played at the Polka Theatre, the Shaw Theatre and toured No 1 Venues.

As a founder member of Winter Playing, the experimental theatre lab at Shakespeare’s Globe, Kitty examined original practices and new techniques on the Globe stage. This work led to the formation of Daylight Player’s production of Romeo and Juliet which toured Scandinavia, the UK and Ireland.